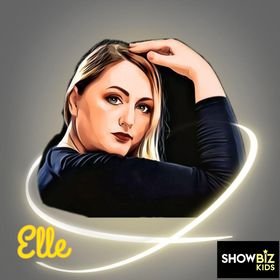 Elle started Following her dream of performing by beginning her training in Community Theatre at Coatbridge College which then lead her to completing an HNC in Performing Arts within the community. Finally Elle completed her formal training in Musical Theatre by graduating at Glasgow Academy of Musical Theatre Arts.

Her TV credits include appearing on GMTV, Netflix, Blue Peter & STV.
Elle has performed in various Scottish theatres which include Cumbernauld theatre “Pied piper of Hamlin” Motherwell civic theatre “The forbidden planet” and The  Glasgow Royal concert hall “West end Showcase” to name but a few... Elle also showcased her talent at Glasgow Mayfest theatre festival & has performed in her self penned sell out “Frozen the musical show “ all over Scotland.

In 2017, Elle was extremely proud to open her own performing arts school Showbiz Kids Larkhall She has found teaching one of the most rewarding and enjoyable aspects of her career.

Currently When Elle' s not teaching you will find her entertaining at a party near you, as she also owns an entertainment company called Fun4all Parties She currently  works as character performer, presenter & Event organiser for childrens parties and public events all over Scotland.
Elle loves nothing better than to bring Theatre and performance to the  community and works closely with lots of  local charities such as Fool on & Action for Children by delivering drama & singing workshops.

Elle is thrilled to be the Principle Singing/Drama teacher at Showbiz Kids and looks forward to welcoming new and returning students every week.